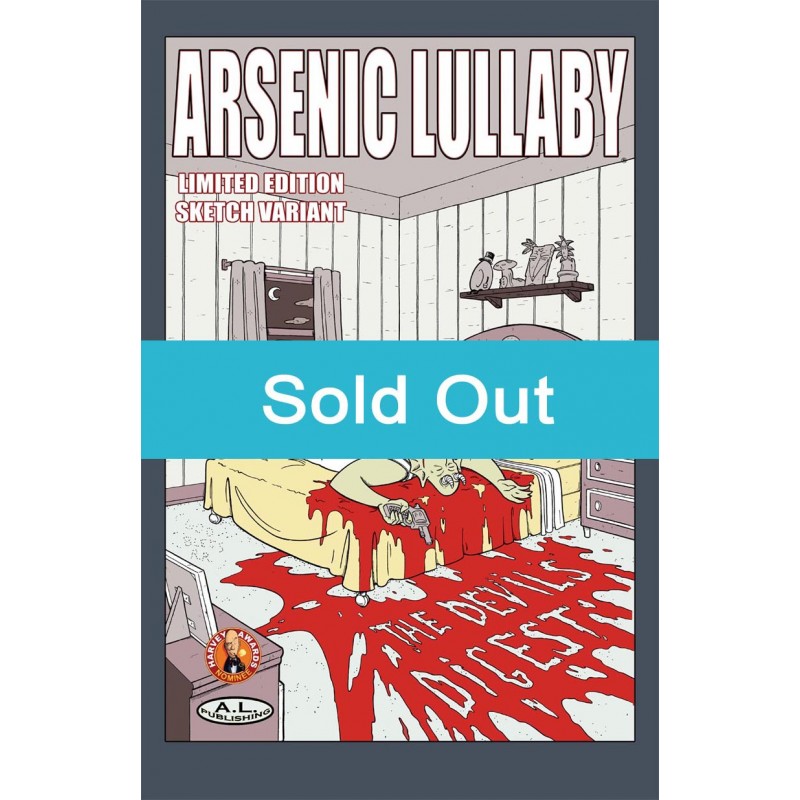 COPY WILL HAVE MINOR DAMAGE (DENTS IN CORNER OR CONNER)Our choice of 90pgs of the best stories from Early issues of Arsenic Lullaby. Limited to 300 copies, signed and numbered. More info below

Our choice of 90pgs of the best stories from early comic books sized issues of Arsenic Lullaby. Limited to 300 copies, signed and numbered. circa 1999-2001

The first ever Voodoo Joe story, Alien Centaurs find out their sun has been named after some dopes wife, Baron Von Donut recounts his time in Nazi Germany, and MORE.

Comes with a sketch on the back from the Illustrator himself Douglas Paszkiewicz.

*If you have the Devil's Decade Arsenic Lullaby ten year collection, you already have these stories*

comes with Sharpie sketch on the back!